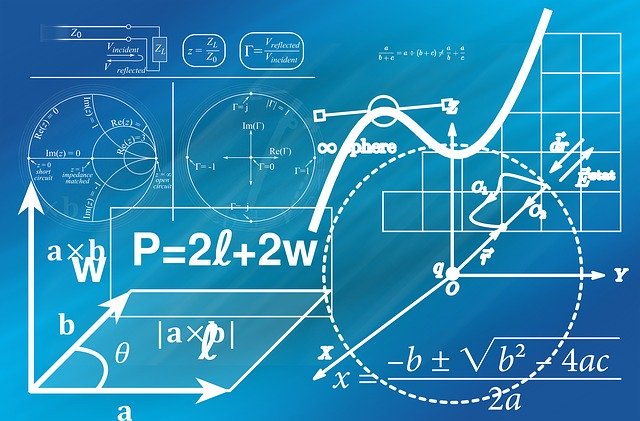 Then answer is “No.” To explain that answer, let us first look at some definitions.

According to the Collins English dictionary science is:

“The systematic study of the nature and behaviour of the material and physical universe, based on observation, experiment, and measurement, and the formulation of laws to describe these facts in general terms1.”

However, that is only a rudimentary part of what science really is. We must determine how scientific study, observation, experimentation, measurement, and formulation of scientific laws are accomplished. In order to understand that, we must define what the scientific method is.

“The scientific method has evolved over many centuries and has now come to be described in terms of a well-recognized and well-defined series of steps. First, information, or data, is gathered by careful observation of the phenomenon being studied. On the basis of that information a preliminary generalization, or hypothesis, is formed, usually by inductive reasoning, and this in turn leads by deductive logic to a number of implications that may be tested by further observations and experiments. If the conclusions drawn from the original hypothesis successfully meet all these tests, the hypothesis becomes accepted as a scientific theory or law; if additional facts are in disagreement with the hypothesis, it may be modified or discarded in favor of a new hypothesis, which is then subjected to further tests2.”

In a nutshell the scientific method is

Additionally, we must know what makes someone a scientist. At their website, The Science Council provides excellent definition of a scientist:

“A scientist is someone who systematically gathers and uses research and evidence, to make hypotheses and test them, to gain and share understanding and knowledge3.”

Based on the scientific method, let us test which of our hypotheses is correct. We questioned whether 1, the field of mechanics is considered science, and 2, whether manufacturing technical products like automobiles is science.

We must base our answers on the definitions of science, the scientific method, and scientists.

Let us take the field of mechanics. Let us use a small engine mechanic as our subject. A homeowner goes out to cut the grass, but the lawn mower will not start. The homeowner, not being a mechanic, takes the lawnmower to a shop where a mechanic looks at it.

Accordingly, the manufacturing and assembly of mechanical products such as automobiles, lawnmowers or airplanes, heavy equipment, etc., is technology, not science. Thus a point of our treatise is that we often define something as science when it should only be referred to as technology.

Science is a part of technology because design and testing use the scientific method. Though technological outcomes have some basis in science, technology is a much better way to describe those outcomes.

We should not use the words science and technology interchangeably because they are not really the same thing. Science allows us to understand the world around us and technology puts science to work to create useful things. Science is more of a scholarly pursuit while technology is more practical and production oriented.

When we use these terms incorrectly, we create problems in our understanding. Today, we toss around the word science indiscriminately. Often what we deem as science is not and who we consider to be a scientist is not necessarily a true scientist.

We also consider anyone we judge to be a scientist to be an expert, which is certainly not always true. Along the same line, when we call someone a scientist, we seem to give that person absolute, unimpeachable authority over everything that person says about any subject and then expect that it must be absolutely true. “After all,” we surmise, “he or she is a scientist.” Moreover, anything we consider to be science we treat as absolute undeniable proof that it is true and allow no dissention. Both of these premises are false concepts.

Baby boomers may remember “the professor” on the television comedy series, Giligan’s Island. He was an expert and an authority on all subjects. We tend to see anyone called a scientist as a person with universal knowledge—an authority on any issue.

Scientists are human and can be wrong. That holds true even in their own field of study. We are continually adjusting what we once considered to be absolute scientific truth only to determine later we were wrong.

When we use the word science in a way it should not be used, we cheapen it. When we cheapen science, we end up drawing incorrect conclusions that may lead to unwanted outcomes. For example, politicians often delight in interchanging technology and science in order to push a pet project.

Here is an example. Politicians claimed that science indicates that electric automobiles will solve the problem of the use of so-called fossil fuels and air pollution. But when put to practical use, the technology does not prevent air pollution nor does it reduce our dependence on fossil fuels. It simply transfers the air pollution and fossil fuel use from the automobiles to the electricity producing plants. This is an example of a politician using the word science in the place of technology to achieve a political goal.

Another example. In the 1970s we were told by ‘scientists’ that that global cooling was on the way and we were about to experience a mini ice age. Now we are told the opposite and that global warming is the issue. Those two hypotheses have caused numerous erroneous dire predictions from several ‘scientists’ that surely the sky was falling; but the predictions never materialized. We are currently told that we only have X number of years to fix the problem. We were told that several times in the past but it did not come true.

I wholeheartedly believe in science that correctly uses the scientific method to determine outcomes. But I oppose unscientific attempts from people claiming to be scientists and claiming that the science is settled when it is not in order to promote their own pet projects.

One should remember the climate change hockey stick. That graph was the result of altering the data gleaned from observation and experimentation to indicate the desired outcome. That outcome was claimed to be accurate science when it was actually fraud. One wonders how much other “settled science” can be attributed to improper use of the scientific method or even to outright fraud.

There is another type of problem with misuse of the words ‘science’ and ‘scientist.’ There are those scientists that are employed by larger institutions like Big Businesses, Universities, Federal, State, and Local Government Agencies, etc. Some of those scientists are expected by their employers to achieve certain scientific objectives that must not disagree with their employers’ desired outcomes. It does happen that some scientists employed by such organizations, sometimes alter the results of their data in order to meet their employers’ expectations. It they do not meet those expectations; they may lose their jobs.

Multitudes of scientists are employed by those types of institutions. Most of them are honest people with integrity that would never alter the results of their studies to generate an outcome that is not in agreement with the results of their experiments. However, as with any human endeavor, there are a few that are willing to use fraud in their endeavors.

Scientific consensus is especially misleading. Consensus is not settled science, it is statistics. Statistics can be readily manipulated to promote any view the statistician wishes to make. The questions in a survey can easily be slanted to make the statistics agree with the survey creator’s desired result.

Climate change “science’ is especially egregious about using surveys, statistics, and unwise prognostications about future climate changes. In the past there have been several decades-long predictions of dire climate circumstances that have never materialized.

For example, back in 1989, a senior UN environmental official stated that global warming would cause rising sea levels that would completely obliterate entire nations if we did not do something to stop global warmings by the year 2000. Two years ago a U.S. Congress member claimed that the world would end in twelve years if we don’t address climate change.

These are some examples of problems caused by the misuse of the word, ‘science,’ so let us take care not to use that word improperly in the future. We must remember science is not an exact discipline. We must also remember what Albert Einstein, one of the greatest scientists of our age said. “Blind belief in authority is the greatest enemy of truth.” The Bible echoes that sentiment. The Apostle Paul wrote that we should “examine everything carefully; hold fast to that which is good” (I Thessalonians 5:21).