Turn From Our Ways 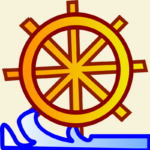 Nearly all of us are familiar with this verse in the Bible: “If my people, which are called by my name, shall humble themselves, and pray, and seek my face, and turn from their wicked ways; then will I hear from heaven, and will forgive their sin, and will heal their land,” 2nd Chronicles 7:14. These items are a worthy pursuit for all Christians.

Yet how many of us are familiar with the verse prior to that and the context of that verse? That verse, 2 Chr 7:13, reads, (Yahweh speaking) “If I shut up heaven that there be no rain, or if I command the locusts to devour the land, or if I send pestilence among my people …”

Why did Yahweh stop the rain, send locusts to devour, or send pestilence among His people? Whenever God’s people fell into sin, or idolatry, or both and would not repent of their sin, God’s judgment would fall on them. While Yahweh did certainly use pestilence, locusts, and drought as a judgment against His people when they sinned and would not repent, He also used other judgments against them as well.

During the time of the Judges, God would allow foreign nations to invade and destroy the agriculture and infrastructure of Israel. When the people finally did repent, God would raise up people in Israel to defeat those enemies that were attacking the People of Israel. He raised up men like Samson and Gideon, and women like Deborah and Jael to lead Israel against their enemies and defeat them. Then the people would turn back to God. However, when Israel again turned away from Him, God would again allow enemies to attack them. This process occurred several times during the period of the Judges.

During the reign of the kings of Israel and Judah, similar things happened. God would send enemies to attack Israel; He sent drought, pestilence, and locusts in judgement against the people when they sinned and would not repent. After Israel waxed more and more sinful and idolatrous, Yahweh finally sent the Assyrians and Babylonians against Israel and Judah and took the people away from their land in captivity. The captivity of Israel by Assyria basically dispersed Israelites all over the world. The Babylonian captivity of Judah lasted 70 years and then a remnant returned to rebuild the Temple, and the city of Jerusalem, and to repopulate Judah.

After Jesus the Messiah came and most of the Jews of Judah rejected and crucified Him, God once again sent Judah into exile. That happened when Titus and his armies entered Jerusalem and destroyed it and the temple in 70 AD. In 73 AD, after the fall of Masada another Jewish dispersion occurred and the Jews were once again spread all over the world. In 132 AD, Hadrian decreed that no Jews would be allowed to enter Jerusalem.

As we can see, Yahweh has used drought, pestilence, locusts, invasion, and dispersion to get His people’s attention. If He has used such measures in the past, will He again use them in the present and in the future? I submit that He will and He currently is.

Back to 2nd Chronicles 7:14. In order for us to need to accomplish the things in that verse: humble ourselves, pray, seek Yahweh’s face, and turn from our wicked ways, there must first be some sort of judgment going on in our land. Well if we look around, we will find that indeed there is a need for exactly that for judgment is actually happening right now in the United States and most of the West.

Additionally, the first permanent settlement in the New World was at Plymouth where the Pilgrims landed and established their town. (The original Jamestown settlement had already failed.) They were Christians who wanted to worship God in the Biblical way and outside of the state owned Church of England. They traveled here on the Mayflower. They ended up building their town, Plymouth, at Cape Cod, where they could worship God as they believed the Bible commanded them to.

These Pilgrims considered themselves to be much like Israel as that nation left Egypt, wandered in the wilderness, and finally came into the Promised Land. So their leaving England, sojourning in the wilderness of Holland, travelling to the Promised Land in North America, and settling there, was similar to the ancient Israelites entering Canaan. Because of their faith in God, and the faith of other Christians moving to the New World, He blessed their endeavors and our nation grew and prospered under His blessings. That is the actual history of our beginnings as a separate country.

Since the latter part of the nineteenth century, we the people of the United States of American have been on a course that has lead us away from God and from His blessings. Since the landmark Supreme Court Decision, Everson v. Board of Education, in 1947, that encoded the Separation of Church and State into law, that course has increased in speed. What was a slippery slope had become a landslide.

About 2000 years ago a sage wrote the following which has become true in the United States and the West:

“Now the Spirit speaketh expressly, that in the latter times some shall depart from the faith, giving heed to seducing spirits, and doctrines of devils; Speaking lies in hypocrisy; having their conscience seared with a hot iron; Forbidding to marry, and commanding to abstain from meats, which God hath created to be received with thanksgiving of them which believe and know the truth.”

And, “God gave them over to a reprobate mind, to do those things which are not convenient; Being filled with all unrighteousness, fornication, wickedness, covetousness, maliciousness; full of envy, murder, debate, deceit, malignity; whisperers, Backbiters, haters of God, despiteful, proud, boasters, inventors of evil things, disobedient to parents, Without understanding, covenant breakers, without natural affection, implacable, unmerciful.”

The same sage also wrote that Homosexuality would increase:

He also wrote that idol worship would increase:

“Professing themselves to be wise, they became fools, And changed the glory of the uncorruptible God into an image made like to corruptible man, and to birds, and fourfooted beasts, and creeping things.”

“Who changed the truth of God into a lie, and worshipped and served the creature more than the Creator, who is blessed for ever. Amen.”

That sage was Saul of Tarsus, also known as the Apostle Paul. Every one of these things he mentioned is happening in the United States and in the West. All of the above quotes can be found in Romans 1: 18-32 and 1st Timothy 4:1-5.

These are the same things that happened in ancient Israel when God was forced to discipline them. Yes that includes idolatry. While, as a rule, we don’t worship birds, quadrupeds, insects, or statues, we do have our idols. We worship secular humanism, macro-evolution, free sex, homosexuality, abortion, money, power, materialism, socialism, veganism, etc.

The most visible way is through illegal entry into our countries. We are being invaded. The current case of the “Caravans” (October – November 2018) coming from South and Central America to unlawfully cross into the United States is one very visible indication of God’s discipline. We are being inundated by unlawful entry in to the United States by people from Third World countries and Middle Eastern countries. Radical Muslims are included in that group. These folks are coming not to assimilate in our culture, but to change our culture and in some cases to commit terrorist acts and conquer us.

Since there are no longer very many places where we can be taken captive to, Yahweh is allowing these groups it invade us and to take us captive from within. These invasions are causing the blessings of God to be withheld; blessings like our prosperity, our liberty, our representative government, our right to vote, or our trust in the sanctity of elections. They are also a drain on our resources in health care, education, and our welfare systems. There is a faction of leaders in our government and political parties in the USA that want us to become communists, or at least anti-capitalist socialists. See the essay where the case is made that capitalism has been good to us, entitled “Capitalism, Is it Scriptural?“

The United States and Western countries are being captured from within and we are slowly turning into Third World Countries. Invasion and captivity have been the most recognized means that Yahweh has used to discipline his people when they turn away from Him and His precepts. When the people would turn back to Him, He relented.

In the United States, our politicians, talk radio hosts, news media people, movers and shakers, etc. have wondered how we have gotten into the messes we are in and how to get out of those messes. Their usual answers are things like turn out the vote, write your representatives, get involved in local politics, educate people, etc. They all beat around the bush when trying to get answers to our problems and they entirely miss the truth, which is that we, as a nation, have turned away from God and He is withholding blessings and disciplining us. That is the absolute truth, though few will declare it. It is also the truth that we need to turn back to God and repent of our sinfulness. Hence our need to practice what 2nd Chronicles 7:14, reveals to us. We must humble ourselves, and pray, and seek Yahweh’s face, and turn from our wicked ways; then God will hear from Heaven, forgive our sins, and heal our land. But not before we accomplish those things mentioned in that verse.