Who Was the Son of Man? 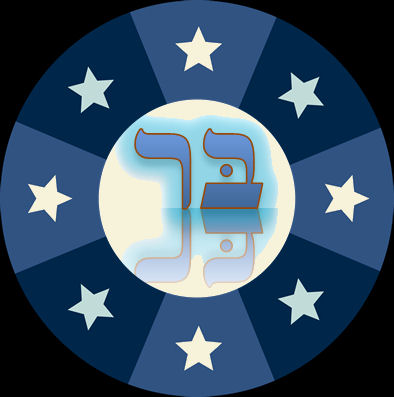 Jesus claimed to be the Son of Man. But who was the Son of Man? Let us investigate. Most Bible Scholars agree that the Gospel of Mark was the earliest written account of Jesus’ ministry. We know that from the writings of the several ancient writers.

The Gospel of Mark

Bishop Papias of Hierapolis (60-130 AD) wrote that an elder, probably John the Elder, told him, “Mark became Peter’s interpreter” and that Mark “gave attention to leave out nothing and to make no false statements in them.“

Ireneaus, Bishop of Lugdunum (130-202 AD) in “Against Heresies,” wrote, “Mark, the disciple and interpreter of Peter, handed on his preaching to us in written form.”

Clement of Alexandria (150-215 AD) wrote, those who heard Peter’s teaching, “besought Mark, who was a follower of Peter and whose gospel is extant, to leave behind with them in writing a record of the teaching passed on to them orally; and they did not cease until they had prevailed upon the man and so became responsible for the Scripture for reading in the churches.“

Christian Theologian Tertullian (160-225 AD), wrote “While that which Mark published may be affirmed to be Peter’s whose interpreter Mark was.“

There are several others who gave accounts that Mark wrote Peter’s teachings in his Gospel and there are other evidences of Peter’s authorship. Omitting others, these four examples will suffice for our purpose, which is to show that the earliest accounts written down of Jesus’ ministry were recorded by Mark.

The Dating of Mark

In Mark 2:10, after he had forgiven a paralytic of his sins, Jesus told a group of protesting scribes, “But so you may know that the Son of Man has authority on earth to forgive sins,” He then healed the paralytic. Read the entire passage in Mark 2:3-12.

This is the earliest written eyewitness account of Jesus claiming Himself to be the Son of Man. The gospel of Mark was written between 65 and 70 AD, which is 30-35 years after the resurrection of Christ. At the time of this writing, there were still hundreds of eyewitnesses living that saw, knew, and heard Jesus as well as His trial, death and resurrection.

Evidence of the dating of Mark is varied. We will look at two references. The first, which is evidence of a late date, occurs in Mark 13:2 where Mark describes Jesus telling of the destruction of the Temple, which occurred in 70 AD. The actual war between Rome and the Jews lasted from 67 AD to 74 AD. The reasoning behind this late date is the actual occurrence of the destruction of the Temple in Mark’s lifetime may have reminded him of Jesus’ prophecy about the incident. Thus that may have induced him to include Jesus’ prophecy in his Gospel. Of course using this evidence source, Mark could have been written any time between 67 and 74 AD. AD 70 is at the mid-point of the war. Again, the reason why many date the writing of Mark at 70 AD is because the Temple was destroyed that year.

The second source is for an early date. Since most scholars agree that Mark’s gospel was written first, then it would stand to reason that Luke was written after Mark. Luke wrote both the Gospel with his name on it and the book of Acts. The book of Acts is the continuation of the Gospel of Luke and both were likely penned as one book.

Tertullian, an early Christian author from Carthage (c. 155 – c. 240 AD), wrote, in “Against Heresies” in Chapter 36, that Rome was, “Where Peter endures a passion like his Lord’s! Where Paul wins his crown in a death like John’s.“ In other words Peter was crucified, like the Lord, and Paul was executed at Rome by beheading, like John the Baptist, who was beheaded at Machaerus in Jordan (according to Josephus).

Jerome wrote, concerning Paul’s death, “Here, then 14 to Nero (the same day as Peter) in Rome, was beheaded for Christ is buried in the road” (Cat. Sc. Paulus).

Eusebius wrote: “After defending himself the Apostle was again set on the ministry of preaching…coming a second time to the same city [Paul] suffered martyrdom under Nero. During this imprisonment he wrote the second Epistle to Timothy.” (Ecclesiastical History 2.22.2) This is evidence that Paul was ordered beheaded in Rome by order of Nero.

For the dating of Mark, we turn to Roman historian, Seutonias (c. 69 –c. 122 AD), who wrote in his “The Lives of Twelve Caesars,” Nero died in June 9, 68 AD. We know from Luke’s Gospel that Paul was still living when Luke wrote His Gospel and Acts (Acts 28:31). That means that Paul was alive before Nero’s death, but could not have been living later than 68 AD, after Nero’s death, since Nero ordered his execution. Again, most scholars agree that Mark was written before Luke, thus before Paul’s death at the hand of Nero, Mark must have been written. Since Paul died in 67 AD, the latest Mark could have been written would have been 67 AD, before Paul’s death.

Thus this means that Mark may have been written somewhere between 65 and 67 AD. I opt for the early date because there is more actual evidence outside of the Gospel Mark corroborating it. No matter, for neither the early date nor the late date will make any difference; Mark was still written shortly after the resurrection while many eyewitnesses of Jesus were still alive.

Since there are many unbelievers that assert that Jesus never claimed to be Deity, I took the time to research the dating of Mark in order that you, the reader would understand how close to the life of Jesus the Christ that Mark was written. That establishes the veracity of the book of Mark and the truth of Jesus calling Himself the Son of Man. The documentary proof of this statement by Jesus is far superior to our evidence of other well-known historical figures. Mark was written 30-35 years after the actual events took place, while historians generally allow five hundred years to be acceptable between an event and its recording in writing to establish the historicity of that event.

So, who was the Son of Man?

He is Jesus. “OK,” you may be thinking, “but why did Jesus call Himself the Son of Man?”

During His ministry on earth, He was both God and Man; consequently some say that being born of Mary, a human woman, Jesus was the Son of Man because of His humanity. He was also the Son of God because of His Deity. Those two statements are true; Jesus is both the Divine Son of God and the Human Son of Man. But that is not what Jesus Himself meant.

Jesus was quoting Daniel 7:13-14, “I saw in the night visions, and, behold, one like the Son of man came with the clouds of heaven, and came to the Ancient of days, and they brought him near before him. (14) And there was given him dominion, and glory, and a kingdom, that all people, nations, and languages, should serve him: his dominion is an everlasting dominion, which shall not pass away, and his kingdom that which shall not be destroyed.“

Who is the Son of Man in the passage above? Let us look at His attributes:

• He came on the clouds of heaven

• He came to the Ancient of Days, that is, Yahweh, God Almighty, the Most High God, Who was sitting on a throne after all the thrones of men were finally destroyed at the Judgment (Dan 7:9).

• He was brought near the Ancient of Days

• All people, nations, and languages, will serve him

• His dominion is everlasting

• His kingdom shall not be destroyed.

Additionally, when Jesus was taken up into heaven and “a cloud received Him out of sight” (Act 1:9), the angel said “Ye men of Galilee, why stand ye gazing up into heaven? this same Jesus, which is taken up from you into heaven, shall so come in like manner as ye have seen him go into heaven” (Act 1:11).

All those attributes add up to one thing: He, the Son of Man, was God’s anointed—The Messiah. Jesus was claiming, early in His Ministry, before the Scribes, that He, Jesus was and is the Messiah. The scribes were highly educated men, Doctors of the Law, who well knew, many even memorized, the Scriptures. They understood what He meant.

For example, when Jesus was arrested and stood before the Sanhedrin and Caiaphas the High Priest asked him, “Tell us whether thou be the Christ, the Son of God” (Mat 26:63). Jesus answered, “Thou hast said: nevertheless I say unto you, Hereafter shall ye see the Son of man sitting on the right hand of power, and coming in the clouds of heaven” (Matthew 26:64).

Then Caiaphas immediately tore his clothes and accused Jesus of blasphemy because he understood that Jesus was claiming Deity. The high priest then pronounced Jesus worthy of death. This is proof that the men of Jesus’ day knew the meaning of the term, the Son of Man.

When Jesus forgave the palsied man’s sins (Mark 2:3-12), the scribes’ thoughts, which Jesus knew, were that He claimed to be God and that was blasphemy (Mark 2:6-7; see also Mat 9:3; Luk 5:21). But Jesus loosely told them, “It is ok for the Messiah, God’s Anointed, to forgive sins. To prove I am the Messiah, I will heal this man.” That would be in keeping with Isaiah 61:1, “The Spirit of the Lord GOD is upon me; because the LORD hath anointed me to preach good tidings unto the meek; he hath sent me to bind up the brokenhearted, to proclaim liberty to the captives, and the opening of the prison to them that are bound.“

Because Jesus continued to claim to be the Son of Man of Daniel 7:13, members of the priesthood, the Sanhedrin, the scribes, and the Pharisees (with a few exceptions) all sought to kill him. In the AV, Jesus is quoted as saying he was the Son of Man 81 times.

We know what the religious crowd of Jesus’ day wanted to do with Jesus. They wanted kill Him and thus silence Him. They did kill Him, but that did not silence Him. He arose from the dead after three days and three nights in the tomb. His followers have continued to preach Him and to quote Him throughout the Millennia since His resurrection.

What will you do with Jesus the Son of Man? Will you reject Him? Of will you believe on Him as the Messiah, the Savior of mankind and that he died and God the Father raised him from the dead and will you make him the Lord of your life? If so, you will inherit eternal life in the Heaven, in the presence of God and Christ. If not, prepare to spend eternity in a very dark, empty place away from God. See How To Be Saved.